Will Rogers Recipes and Advice for Politicians

Posted on September 3, 2015 by vintagecookbookery

“Congress And Law” from America’s Legendary Humorist (Digitally Remastered) by Will Rogers. Released: 2008

2016 being a banner year for the presidential wannabes, it is regretful that Will Rogers is not alive to throw his hat into the ring. For those of you youngsters out there, Will Rogers was born in 1879 and died in 1935.

He was of Cherokee Indian ancestry, born in Oklahoma. He is variously described as “one of the best known and most beloved Americans…”, “Oklahoma’s favorite son”, and a cowboy/humorist/philosopher.

He did a cowboy stint in Texas and one in Argentina, then tended cattle on a boat headed for South Africa. Upon returning to the US, he became a star in the Ziegfeld Follies, and also began writing for newspapers. 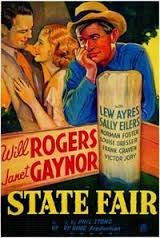 He was also the first radio personality and made 50 silent films and more than 20 “talkies”. In addition, he was an aviation enthusiast, which was his downfall: he died in a plane crash in Alaska on August 15th, 1935.

Will Rogers performing one of his many radio broadcasts (Photo Credit: http://www.zwallpix.com)

I recently purchased “Cookin’ with Will Rogers”, by Sharon and Gene McFall. The authors note that Mr. Roger’s cooking skills were simple: …”the ever-present pot of beans, a pone of cornbread and possibly a pot of chile”, but that he did like cooking when time permitted. Basically, though, he was a meat and potatoes kind of guy.

The authors note that some of the recipes in the book are from Will Rogers and the Rogers family, and others are from the time period in which he was a very popular entertainer.

Peppered throughout the book, however, are quotes from Will Rogers, which are even more interesting than some of the recipes. Will had a great tongue-in-cheek comment for just about everything, and he had plenty to say about politics and politicians:

“History has proven that there is nothing in the world so alike as two candidates. They look different until they get in, and then they all act the same”

“The Platform will always be the same, promise everythin’, deliver nothin’. Can you imagine a man in public office that everybody knew where he stood? We wouldn’t call him a statesman, we would call him a curiosity”. 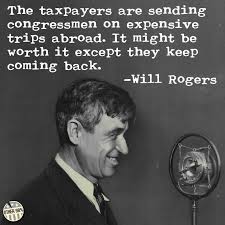 Another pithy radio broadcast from Will Rogers (Photo Credit: http://www.sodahead.com)

“On account of us being a democracy and run by the people, we are the only nation in the world that has to keep a government for four years no matter what it does”

“A flock of Democrats will replace a mess of Republicans. It won’t mean a thing. They will go in like all the rest of ‘em. Go in on promises and come out on alibis”

And, on the topic of religion, Will comments:

“There is no argument in the world that carries the hatred that a religious belief does” Amen! (my comment)

So, what did Will like to cook? “Corned Beef & Cabbage”, “Good Ol’ Oklahoma Beans”, “Chicken Livers & Mushrooms”, “Chicken Fried Steak”, and “Chili and Beans”. 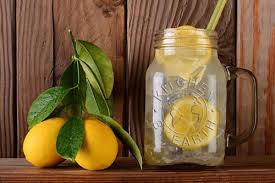 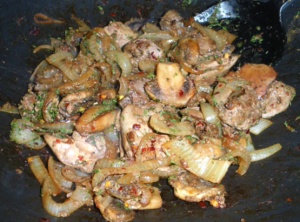 Will Roger’s had a version of Chicken Livers and Mushrooms, like this (Photo Credit: http://www.food.com)

Perhaps one of Will’s most favorite and long-standing quotes attributed to him was the familiar “I never met a man I didn’t like“.  Will must have had a lot of patience and forgiveness, for unlike him, indeed I have met some men (and women) I didn’t like! “Cookin’ with Will Rogers” is a great piece of Americana with recipes of the time, and Mr. Roger’s sage advice (on the cover): “Only a fool argues with a skunk, a mule or a cook”. 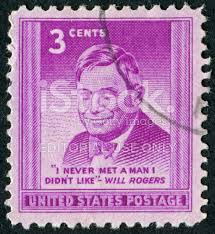 Will Rogers was honoured by a stamp by the United States Postal Service (Photo Credit: http://www.istockphoto.com)

Cookbook lover and collector with a burgeoning collection of cookbooks. Reading and researching food trends, history of cooking techniques and technological advances in cooking, what we eat and why and cookbooks as reflectors of cultures is a fascination for me. As of November 7th, 2013, I hold the current Guinness World Record title for the largest collection of cookbooks: 2,970 at the official count on July 14th, 2013 (applaud now, thank you very much!) The current (unofficial) number is now 6,500. What next? More shelves?
View all posts by vintagecookbookery →
This entry was posted in Cookbooks and tagged "Cookin' with Will Rogers", Americana, cookbooks, Cooking, Politics, Radio Shows, State Fair, Will Rogers, Ziegfeld Follies. Bookmark the permalink.